US and Russian Presidents Joe Biden and Vladimir Putin released a joint statement outlining their shared objective to continue working toward a more stable and predictable relationship between the two nations that includes reducing the threat of nuclear war.

“Today, we reaffirm the principle that a nuclear war cannot be won and must never be fought,” the presidents said after their 3-hour meeting in Geneva on Wednesday.

The presidents said their the countries have “demonstrated that, even in periods of tension, they are able to make progress on our shared goals of ensuring predictability in the strategic sphere, reducing the risk of armed conflicts and the threat of nuclear war.”

In an earlier news conference, Putin called the talks “quite constructive” and said he and Biden agreed to return their ambassadors to their respective posts in Washington and Moscow. Putin also said he and Biden had reached an agreement to start discussions on cybersecurity.

There are consequences if Putin continues to behave in ways that alarm the leaders of the world’s most powerful countries — and he is aware of that, Biden said Wednesday during a news conference following his meeting with the Russian leader. 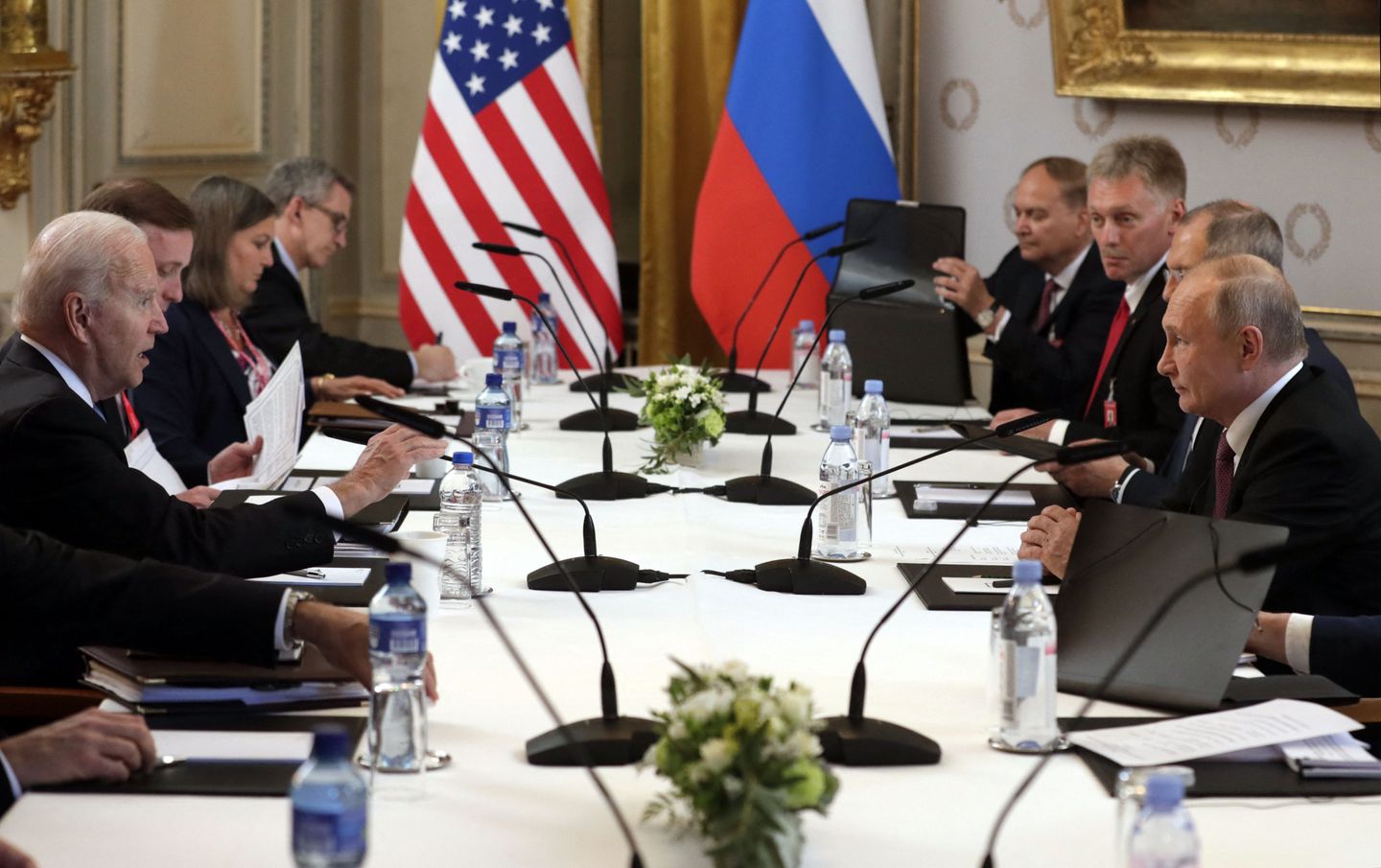 Biden wouldn’t say whether he trusted Putin, saying the objective wasn’t about trust but about America’s self interest. “Look, this is not about trust,” he said. “This is about self-interest and verification of self interest. That’s what it’s about.”

Biden said he would never go into an agreement with someone on behalf of the American people and blindly trust that person before they’d actually done what they said they’d do.

A first summit between U.S. President Joe Biden and his Russian counterpart was "constructive," Vladimir Putin said Wednesday after the talks in Geneva ended.

"The conversation was absolutely constructive," Putin told reporters, adding that the sides had agreed for their ambassadors to return in a small gesture of healing in their strained relations.

The ambassadors "will return to their place of work. When exactly is a purely technical question," Putin told reporters after the summit, which lasted about three and a half hours.

Diplomatic relations between Moscow and Washington had all but broken down since Biden took office in January.

After Biden likened Putin to a "killer," Russia in March took the rare step of recalling its ambassador Anatoly Antonov. The U.S. envoy, John Sullivan, likewise returned to Washington.

Despite tensions, the summit at an elegant villa on the shore of Lake Geneva got off to a good start, with the two leaders shaking hands and striking cautiously positive notes.

Biden, who was set to hold a separate press conference later, pressed Putin to replace the combustible U.S.-Russian stand-off with a more "predictable" relationship between "two great powers" capable of agreeing to disagree.

He stressed his desire to take U.S.-Russian relations off their increasingly unstable trajectory, in which Washington accuses the Kremlin of everything from meddling in elections to cyberwarfare. /Compiled from wires- argumentum.al