The European Union must continue to be committed to the Western Balkans through concrete action and keeping its promises. This was the message conveyed by the Albanian Foreign Minister, Olta Xhacka to the Antalya Forum held under the motto: "Neighbors see together: The future of Europe!"

The Minister said that the enlargement policy is based on the iron like principle of assessing the merit of each country.

But, according to her, this also requires predictability of the process, through which any achievement of standards or criteria should lead to the next step on the road to the EU. "Such credible and tangible a process is an irreplaceable support for the difficult reforms we are implementing," the minister said in her speech held in the first Diplomatic Forum of Antalya, attended by heads of state and government from over 30 countries as well as by representatives of international organizations such as MEP Sergey Lagodisnky, EU Envoy for Kosovo-Serbia Dialogue Miroslav Lajcak and former Romanian Prime Minister Victor Ponta. In addition Xhacka attended the Summit and the Ministerial of the South East European Cooperation Process which was also held in Turkey. 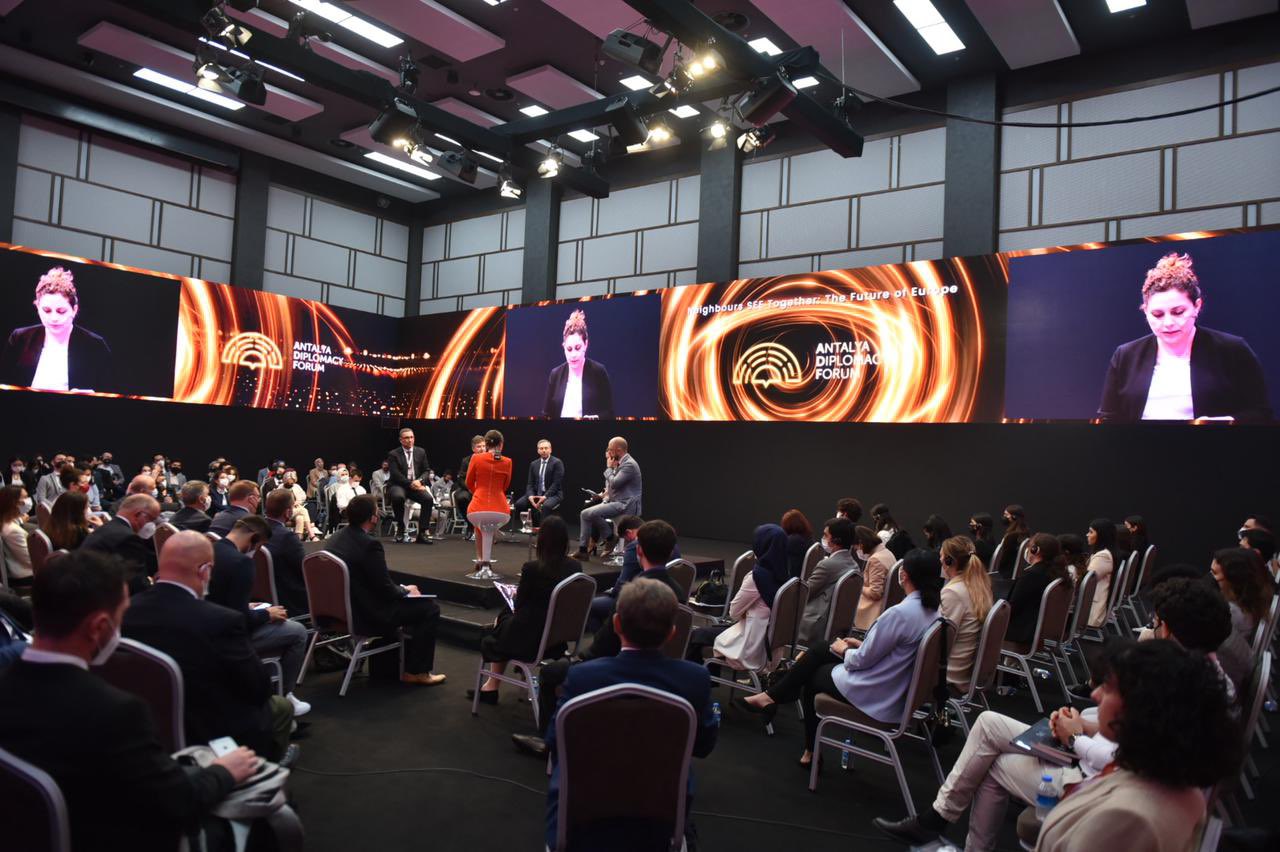 EU’s Lajcak and MEP Lagodinsky stressed that there should be no more delays in opening the EU’s negotiations with Albania and North Macedonia. /  argumentum.al