Pope Francis was responding to the discovery of a mass grave at a former Catholic-run school for indigenous children in Canada. Prime Minister Justin Trudeau demanded the Vatican apologize for its role in the scandal.

Pope Francis on Sunday offered words of healing but gave no apology over the Catholic Church's role in an unfolding scandal related to Canada's controversial residential school system for indigenous children.

His words follow the recent discovery of a mass grave with the bodies of 215 children, some as young as three years old, at the site of the former Kamloops Residential School in British Columbia, Canada.

It is still unknown what the cause of death is.

What words of healing did Pope Francis offer?

At the traditional Angelus prayer in St. Peter's Square at the Vatican Sunday, Pope Francis described receiving the news from Canada "with horror" and feeling a closeness to "the Canadian people, who have been traumatized by the shocking news".

"The sad discovery further increases the understanding of the pain and suffering of the past," Pope Francis said.

He then asked the crowd to join in silent prayer for the souls of all of the dead children in the residential schools of Canada and let us pray for the families and the native communities of Canada shattered by pain".

The pope did not offer an apology and did not call for greater transparency over the Church's role in the scandal.

How have Canadians reacted?

On Friday, Canadian Prime Minister Justin Trudeau expressed anguish over the lack of apology and disappointment over the apparent cover-up. 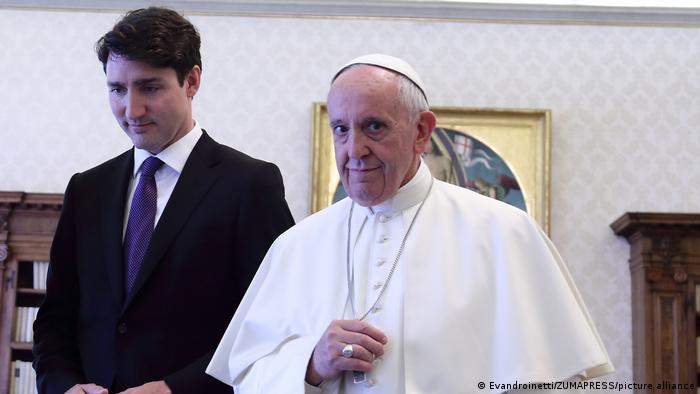 Trudeau met Pope Francis at the Vatican in 2017 and asked him to ''move forward on apologizing" and make records available.

Some Canadians have demanded an apology from the Church for its role in the schools which a Truth and Reconciliation Commission in Canada labeled a form of "cultural genocide" in 2015.

What were Canada's residential schools for indigenous children?

For some 165 years, around 150,000 children from indigenous groups were removed from their homes and forcibly placed at the residential schools.

The youngsters were forbidden from speaking their native languages and could face violence if they did.

Many of them were subject to violence, rape and mistreatment in the form of malnutrition.

The residential schools were run by various Christian denominations — mostly the Catholic Church — on behalf of the Canadian government.

The largest, Kamloops, was run by the Catholic Church from 1890 until 1969 when the government took over operations. The school closed in 1978. 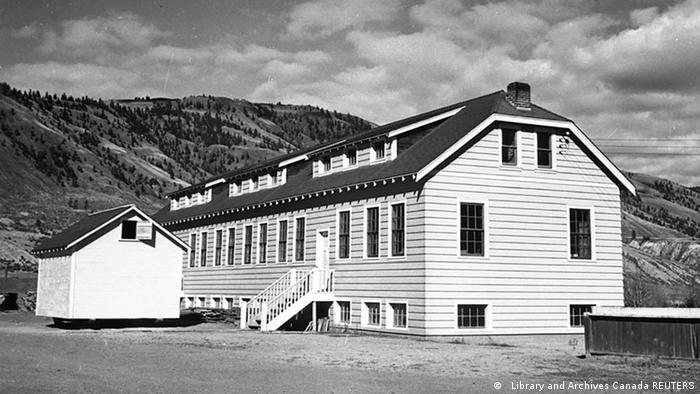 Instead of studying their own culture and history, the children were made to learn about European colonialists and their history in the new world to assimilate the children with white, mainstream society in Canada.

The last of the residential schools closed in 1996, 17 years before Francis was named Pope./dw