Prime Minister Edi Rama received on Monday a group of US senators and congressmen, who are on a visit to Albania.

Rama assessed that "friendship and partnership with the United States are strengthening day by day".

"Prime Minister’s Office: With senators and congressmen from the United States in a path of friendship and partnership that is strengthened day by day," stressed Rama in a post placed on social networks accompanied with photos of the meeting. 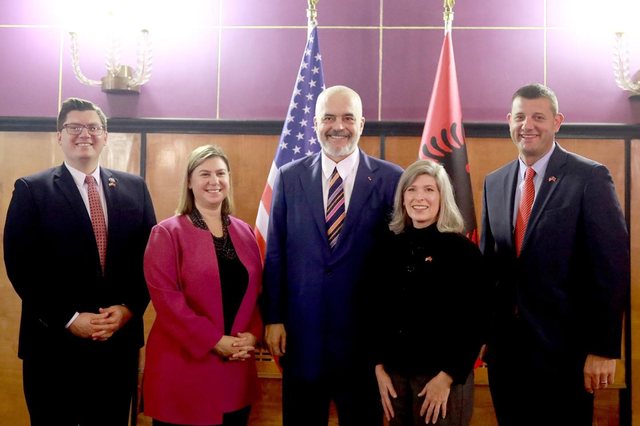 No details have been made public on the agenda of the visit and the content of the talks. However, the visit takes place as the settlement of the Afghan refugees continues after the withdrawal of the US troops from Afghanistan which failed in face of Taliban who are in power now. Albania has sheltered more than 1000 Afghan refugees and the premier's pledge is to shelter up to 4000 Afghans.

In addition more than 4000 Mujahedeen have been accommodated in Albania in a compound which is maintained by them and no one is allowed to enter inside. Few people know what goes on in that area. / Argumentum.al