Olaf Scholz has been been sworn in as Germany's new chancellor, formally taking power after Angela Merkel's historic 16 years as leader.

He promised he would do all he could to work towards a new start for Germany.

As she left the chancellery in Berlin, ending a 31-year political career, Mrs Merkel told her former vice-chancellor to approach the task "with joy".

His centre-left Social Democrats will govern alongside the Greens and the business-friendly Free Democrats.

Mr Scholz, a soft-spoken 63-year-old, steered the Social Democrats to election victory in late September, positioning himself as the continuity candidate because he played a key role in the Merkel government as vice-chancellor.

The German parliament, the Bundestag, backed him as chancellor by 395 votes to 303, and he was then formally appointed as the ninth federal chancellor by President Frank-Walter Steinmeier.

After the vote in Parliament on Wednesday, he was asked by Bundestag President Bärbel Bas whether he accepted the appointment and said "yes". He later took the oath of office but - unlike his predecessor - left out the religious reference "so help me God". 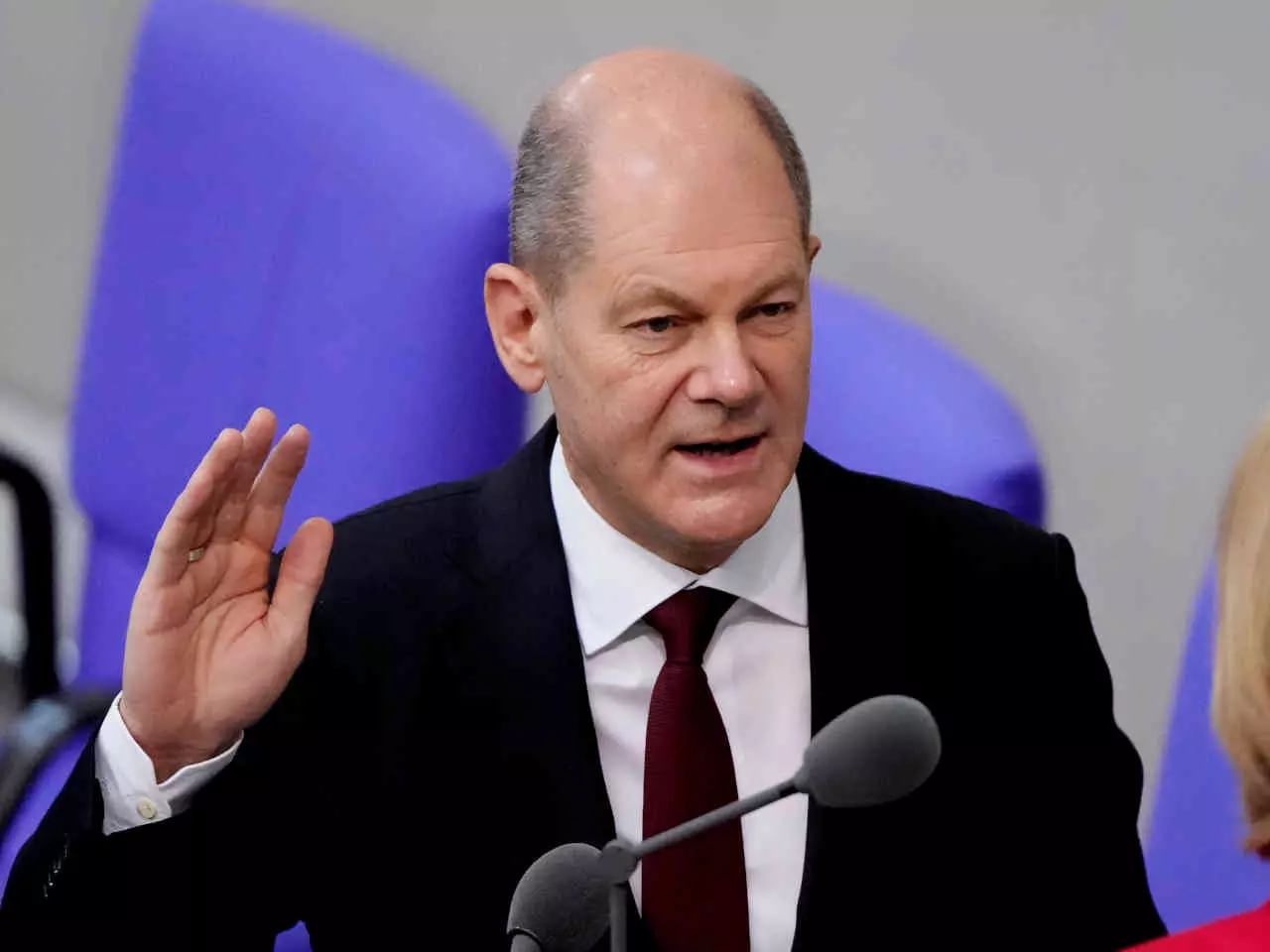 Since the election, Mr Scholz's party has worked with the Greens and the Free Democrats on a coalition deal, which was finally signed on Tuesday. All 16 ministers took the oath of office on Wednesday, becoming Germany's first cabinet to include as many women as men.

Merkel wished Scholz luck at a handover ceremony at the chancellery.

“Take possession of this house and work with it for the good of our country,” she said. Scholz thanked Merkel for her work, telling her “you made your mark on this country.”

DW's Melinda Crane said Merkel's departure was "the end of an era."

"Young Germans aged 16 to 25 really don't remember any other chancellor but Angela Merkel so this is really momentous for them," said Crane. / Argumentum.al